I've just released a 2D camera library for web games, with several camera types. Most notable one, which can get influenced by cues in the world and offsets like player movement/aim. Demo link included.

Previously on Another Project

Recently I created a Web-Port of an old game from 2016 and I talked about a camera library I was working on. The day has come for this library to see its first release.

What This Library Is About

The main attraction of the library is an influenced camera inspired by the camera from Insanely Twisted Shadow Planet.

The main idea of that camera is, that you can let it be influenced by relative offsets (for example the player aiming at something or moving in a direction) and cues in the world (something the player should pay attention to). Check out the video in the blog linked above to get a detailed explanation.

Watch It In Action or Try It Yourself 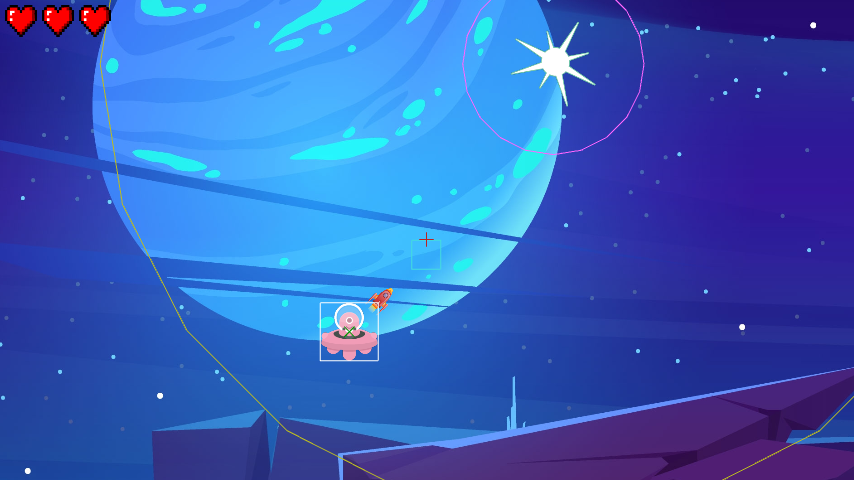 Check out the demo video on LinkedIn or give it a try: online demo, not made for mobile.

It's surprisingly hard to make a smooth transition between multiple influences, but after a lot of headache and trial & error, I got it working. There's still some work left to do, but I'm quite happy with the current state.

Feel free to leave some feedback.